Let’s get into a New York State of mind for a minute. Wrote this one while walking around at 3am in the lower east side of one of my favorite cities that owns a part of my heart and a third of my liver. I will always be a sucker for “escape” songs. Except the actual song called “Escape” (The Piña Colada Song). Can you believe they actually had some record label asshole stand up at the marketing meeting and say, “I think it’ll be a bigger hit if we call it ‘Escape (The Piña Colada Song)'”…. Now every time I read that title, I picture some snarky music critic from 1979 moaning, “I WISH I could ‘Escape’ that ‘Piña Colada Song'”… Actually, I think it’s pretty awesome. He used the word “yoga” in a song. And that was way before it was super hip to be into yoga.

Enjoy “Ludlow Expectations” off of my new record Stay Gold.

Listen, and watch, Ludlow Expectations over at Esquire >>

Some songs are often personal… I was talking to a friend of mine, Ashley Monroe, over telephone typing while she was on a flight to LA (airplane wifi.. My high school self would laugh at the possibility of this). We were getting real and talking about relationships and how it’s impossible for it to be as perfect as the movies made it out to be. Right about the time I asked how hers was, she said, “We’re Descending..” I had to ask, immediately, if everything was okay. She said, “yes! The plane is landing, so I gotta go..”. After I told her that I was worried she was referring to her relationship, I told her “that’s our song we are going to write”. We pretty much wrote most of the song via text, and got together and finished it in 10 minutes on my piano. Anyway… Here’s “Descending”…

As a writer of dozens of songs with hooks that stick in your head, Rolling Stone has called Walker, “one of America’s best singer-songwriters,” as he has penned choruses you want to sing (or shout) along to from acts including Frank Turner, Brian Fallon, Taylor Swift, and many more. He is a teller of authentic stories of exploits and predicaments and romance that are filled with optimism; builder of albums with no boundaries – rock, pop, Americana, singer-songwriter…or, as he says, “I think it’s all just rock & roll.”

Walker’s last album, 2015’s Ryan Adams’ produced Afraid Of Ghosts, was a cathartic record that dealt with a devastating personal experience, the passing of his father. This one’s a celebration. In Butch’s words, “After coming out of the AOG album cycle and tour where, at the risk of sounding ridiculous, I spent a lot of time on stage bawling my eyes out, I felt a very calm sense of peace. Like I’d done what I needed to do to get it outta my system. Every song that came after that was almost a nostalgic, celebratory…for lack of a better word – ‘jam.’ And the songs just kept coming to me, which was good because that’s not always the case!”

The stories on Stay Gold are very well fleshed out, something Butch credits to “growing up on some of those dudes – Elton John and the (Bernie) Taupin lyrics, Springsteen and Joel.” It kicks off with the title song, a straight-ahead rocker, loaded with swagger and lyrics that call out native GA locales featuring a nod to the S.E. Hinton novel (and later, a Coppola film), The Outsiders. The lead single “East Coast Girl” and “Mexican Coke” are inspired by Walker’s move to Los Angeles, the former effectively combining an anthemic chorus with spoken verses, recorded conversationally on an iPhone. The writerly eye for detail is apparent in one of Stay Gold‘s standout tracks, “Wilder In The Heart”, describing an airport meeting with a girlfriend.

The album also includes “Descending”, a beautiful, decidedly tender duet with country singer Ashley Monroe about survival and staying on the course of love. Overall, Stay Gold is clearly Walker’s most articulate to date. When asked if the stories are real or imagined, he replies, “All the songs are half true.” 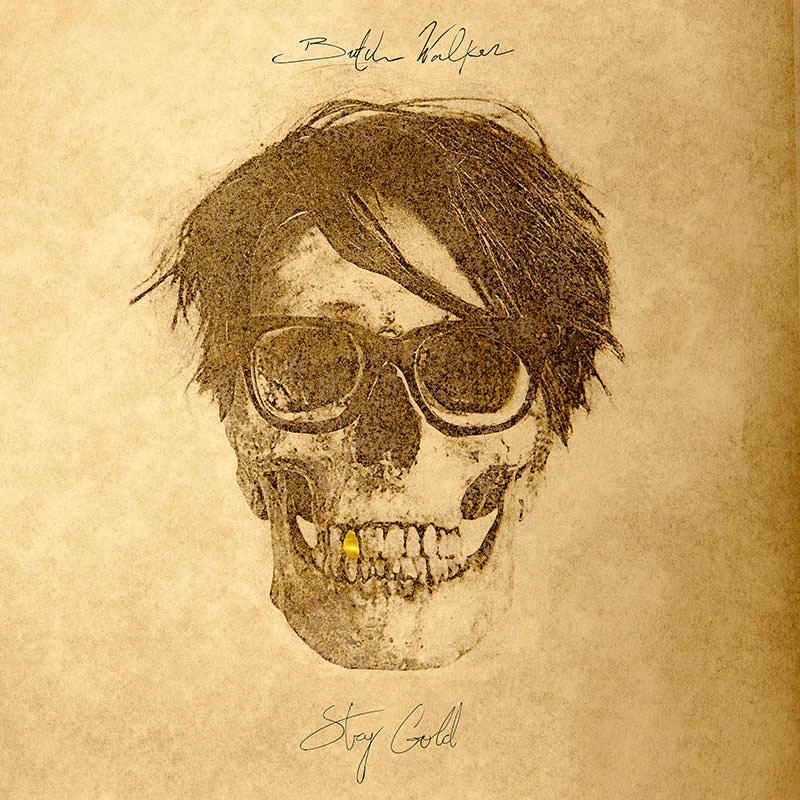